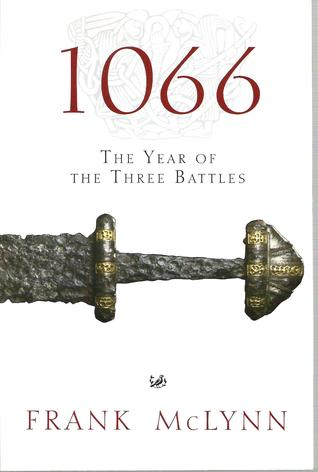 Most people regard 1066 as the year in which William, Duke of Normandy, invaded England in the last successful cross-Channel invasion of that country, killing the Saxon King, Harold II, at the Battle of Hastings – and thereby beginning the thousand-year process by which “England” became “Great Britain”.

However, as Frank McLynn shows in his meticulously researched and admirably accessible account, the Battle of Hastings was itself just the culmination of a series of political tides and dynastic struggles that swept across northern Europe, all of which originated in the seizure of the English Crown by the Danish King Swein Forkbeard and his son Canute in 1013.

Along the way, we meet a host of intriguing characters from the not-so-saintly Edward the Confessor to the perpetual political also-ran, Svein Estrithson of Denmark; as well as Harold’s brother Tostig, and the legendary Harald Hardrada, King of Norway.

Most compelling of all is McLynn’s description of events leading up to, and including, Hastings: the pivotal battle of Fulford Gate (the “third battle” of the title) which precipitated the encounter at Stamford Bridge and forced Harold to march northwards, leaving the south of England undefended; the treachery of the Northumbrian earls, Morcar and Edwin, who hung Harold out to dry in their doomed attempt to revive the ancient Northumbrian kingdom; the ebb and flow of the battle of Hastings itself, in which Harold came desperately close to pulling off a remarkable victory; and the almost preternatural luck which William eventually rode to a famous victory.

Combining history, biography, source analysis, and a flare for narrative, McLynn has crafted what is surely the definitive work about this pivotal event for the general reader.