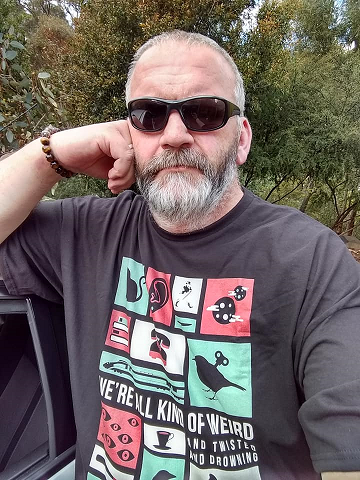 Prior to his ordination in 2011 as a Minister in the Uniting Church in Australia, Brendan E Byrne worked variously as a securities officer in a major Australian financial institution, as an employee advocate in blue- and white-collar trade unions, and as a convenience store clerk working night and graveyard shifts on weekends.

He is an avowed Nihonophile, loving all things Japanese – from the classical literature of the Manyoshu and the Tale of the Heike to the the modern day classics of Haruki Murakami; from the anime philosophising of Cowboy Bebop, Psycho-Pass, Ghost in the Shell, Blast of Tempest and Samurai Champloo to the alt-rock stylings of the bands Nothing’s Carved in Stone, The Hiatus, Monoeyes, Scars Borough, Ellegarden and others. He also has a soft spot for cherry blossoms, Autumn leaves, yuzushu and umeshu sake, good quality craft beer and single malt whiskey.

Brendan E Byrne can also be found at:

Ergasia: A Podcast of Work, Faith, Theology and Economics

Working the Lectionary: Reading the Weekly Lectionary Through the Lens of Work and Faith

The Still Circle: Sermons, Prayers and Reflections on Faith

Brendan E Byrne trains in the Japanese martial art of Iaido, and is trying to teach himself conversational Japanese. He lives in Melbourne, Australia, is married, and has a daughter.