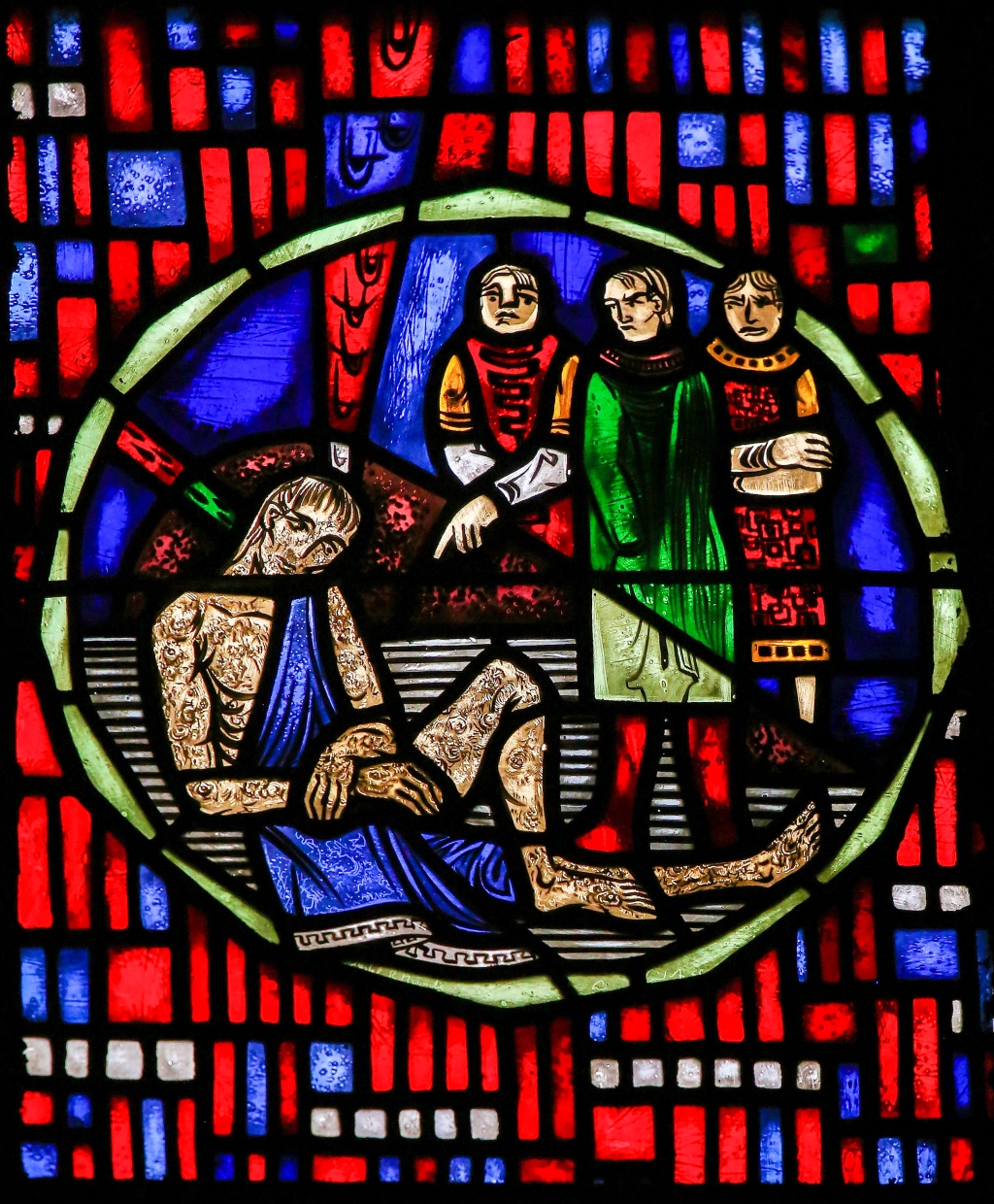 I have for a while now been exercised by The Book of Job, that famously enigmatic Old Testament text which has attracted the attention of philosophers, theologians, and Biblical scholars for more than 2,000 years.  And while I may not be able to claim a place in the august company which has examined and re-examined Job over the centuries, I have thought a lot about this text and its meaning.  I suspect that my conclusions are neither new nor original; they might even change over time.  But they have lead me to some interesting places, which I’ll spell out below.

My starting point is my conclusion that most analyses of The Book of Job argue that it is either a philosophical meditation on the nature of human existence in light of the reality of suffering; or else it is a morality play designed to provide instruction about what constitutes “proper” faith, and how that faith responds to the experience of suffering.  That is to say, conventional analyses of The Book of Job tend to argue that it is “about” suffering, and accordingly frame “answers” to the question of suffering from either a philosophical or a theological perspective.  These “answers” are usually expressed as “you must have faith in God and not question the Almighty”; or, “the universe and existence are ineffable so grumbling is pointless”.  Either way, the “answers” which these analyses suggest are provided by The Book of Job are profoundly unsatisfactory; far from responding to the deepest questions of the human heart, they take neither the question nor the questioner seriously.

By contrast, my own conclusion is that The Book of Job is neither a philosophical tract nor a moral polemic, for the very reason that this text is not actually “about” suffering.  For while suffering does indeed form the principle narrative context within which the action in Job takes place, this context is merely a means to an end, and not the end in itself.  Accordingly, my view is that conventional analyses of The Book of Job typically confuse means with ends, and consequently fail to appreciate both what it’s actually about, and what a profoundly radical text it really is.

In my view, this radicalism – and the meaning of The Book of Job – resides in the use which Job makes of familiar narrative forms, such as the epic myth and the morality play, to invite the audience into making a series of negative assumptions about Job, his nature as a person, and the quality of his faith.  Put another way, the author(s) of Job use these forms in order to “set up” the audience; they take advantage of the expectations and self-satisfactions to which such forms give rise in order to draw the audience into an ambush.  Having allowed the audience to draw certain conclusions, Job then subverts these conclusions through a series of revelatory exchanges between the characters; these exchanges articulate the conventional wisdom which the audience expects from the mythic tale or the morality play, and then repudiates this wisdom as false and inhuman.  In other words, the conventional wisdom with which the audience has instinctively sided through their assumptions (which the very familiarity of the narrative forms has encouraged them to adopt) becomes the subject of Job’s repudiation and critique.  It is not Job and his response to suffering which is under the microscope, but the audience itself.

And this is the nub of my understanding of The Book of Job: that it’s purpose is not to comment on, or provide answers to, the experience of suffering: rather, it is a radically subversive text whose function is to hold up to its audience a mirror of critical reflection – a mirror whose focus is directed neither at Job nor at any of the events in which he is involved, but at the audience itself.  And it does this by retaining the appearance of the conventional mythical tale and its undertone of moral instruction (which would normally provide the audience with the satisfaction of a “thank God I’m not like that” smugness), whilst beneath this facade it proclaims an altogether different – and radical – message.  A message predicated, not on philosophical truths or moral certainties, but on a call to a life of humble, trusting, and hopeful self-examination before the reality of God.

What all this means is that, in my view, The Book of Job seeks neither to instruct its audience in questions of faith, nor propose answers to the conundrums of being.  Rather, it seeks to expose the human propensity to construct morality in uncritically self-congratulatory or piously unctuous terms, and in response to this exposure, propose an approach to life and faith which embraces the deep ambiguity of existence.  This embrace is itself located in a trusting hopefulness rooted in the very complexity of creation and the mystery of God’s being as Creator; an approach that eschews both the polemical judgment of moral absolutism and the cynical despair of existential nihilism.  By locating itself in the ambiguous “middle space” of a seemingly conventional text imbued with a radical undertone, The Book of Job combats extremism by arguing that human beings do not – and never will – possess the wherewithal to “know the answers” or “speak the truth”.  In light of this absence, humanity is liberated from the impulse to recriminate or the temptation toward indifference; rather, they are able to access a hopefulness which, while it does not ignore or trivialise the reality of suffering or the tragedies of being, is nonetheless trusting enough to look through and beyond tragedy and surrender itself to the possibility of God – and to everything (including restoration) which that possibility implies for human existence.

This “middle space” which The Book of Job occupies is an important component of its radical nature, since it does not satisfy the human demand for concrete answers or clear guidance.  But this ambiguity is also central  to the very counsel which The Book of Job offers: for if this text contains any advice as such, it is that humanity is called by the very circumstances of its situation to a gracious humility that enacts a deep compassion for the self and for others, as well as an unrestrained love for a creation that itself dwells within and emerges from the wellspring of God’s unrestrained love.  The answer, to the extent that there is one, is that neither despair nor self-righteousness will adequately respond to the longings that give rise to questions about suffering and the nature of being.  Only through and in an unselfconscious humility that is hopeful, trusting, and loving can we engage these longings with integrity and plumb the depths of what it means to exist in the presence of God.

The Book of Job is thus a radical text which subverts conventional wisdom by taking on the appearance of that wisdom, if only to show its audience in the looking glass of their own assumptions and expectations, the inadequacy and inhumanity of that wisdom.  Convention is thus turned on its head: instead of examining Job and asking what his response to the experience of suffering says about him, the quality of his faith, or the nature of God and human existence, we should instead be examining ourselves and asking do we co-exist relationally with God in the very depths of what it means to be human – or are we just puddling about in the shallows of platitude and self-serving conventionality?