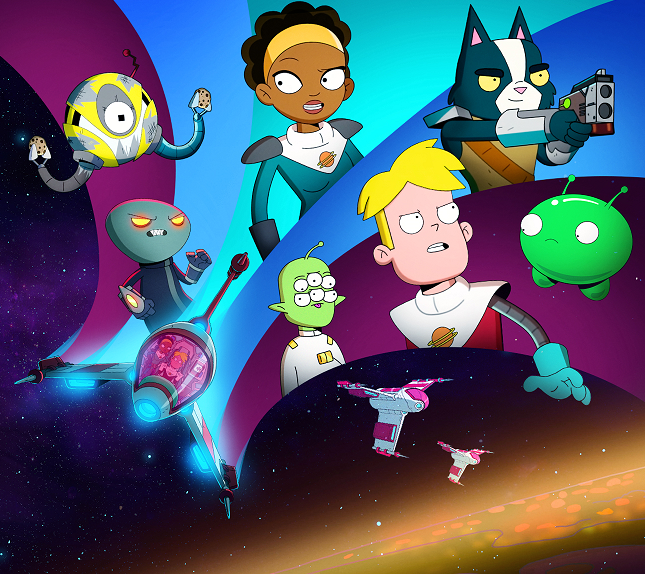 Originally aired on the TBS and Adult Swim networks in the US in early 2018, Final Space follows the adventures of Gary Goodspeed as he comes to the end of a five year sentence for reckless damage (and possibly also for the prat-like attempt to pick up his love interest, Quinn) served in solitary confinement aboard a prison ship in deep space. Along the way he encounters a weird green alien who turns out to be a planet-killing weapon hunted by an evil warlord; meets and befriends a cat-like mercenary seeking to free the son imprisoned by aforesaid warlord; reunites with Quinn, who involves him in an attempt to foil a conspiracy launched by the earth government; all the while accompanied by a dispassionate, supremely logical AI called HUE and an annoying “anti-insanity” robot named KVN (“Kevin”).

What begins as The Simpsons or Futurama in deep space morphs by degrees into a moving and powerful meditation on loneliness, friendship, love, parent-child relationships, memory, and the quality of hope in the face of overwhelming despair. Rich in emotional and psychological insight, Final Space is also leavened by a vein of (at times dark) comedy keenly aware of the arbitrariness, absurdity, and occasionally hilarious injustice of being. A highlight is the equally affecting rock soundtrack that perfectly captures its deep moods and shades of feeling.