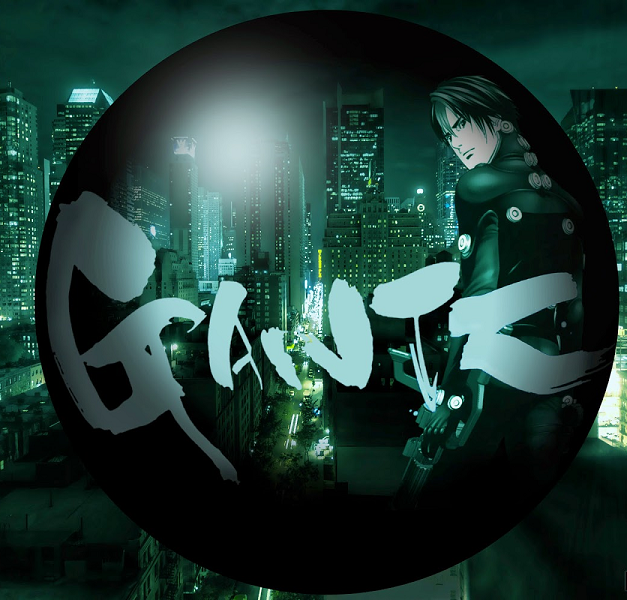 Imagine you died – but you discover yourself somehow still alive? Imagine that after your “death” you find yourself in a room full of people who likewise have also “died”? Imagine that at the centre of the room is a mysterious dark sphere known only as “Gantz”? And imagine the “Gantz” orders you to start killing “aliens” who allegedly live unnoticed among the human population of earth? This is the dilemma confronting Kei Kurono, his estranged former classmate, Masaru Kato, and a young woman named Kei Kishimoto. All three are unpleasantly self-obsessed in different ways; but confronted by the seemingly impossible circumstances in which they find themselves, they realise they must combine as an effective fighting unit if any of them are to make it out alive from what seems like a terrifying, all-too-real game of life-and-death (again).

Violent, vulgar, and nihilistic, “GANTZ” was produced by legendary anime studio GONZO in 2004, based on the manga by Hiroya Oku. An extended tour of the dark side of human psychology, GANTZ nonetheless proposes that even the most selfish individuals are capable of altruistic self-sacrifice and an acceptance of moral responsibility. It also serves as a savage critique of modernity’s narrative of autonomous self-reliance, suggesting instead that we are all, in our different ways, subject to forces and agenda larger than ourselves – and that ultimate meaning is found only in the value which humans place on their relationships with one another.