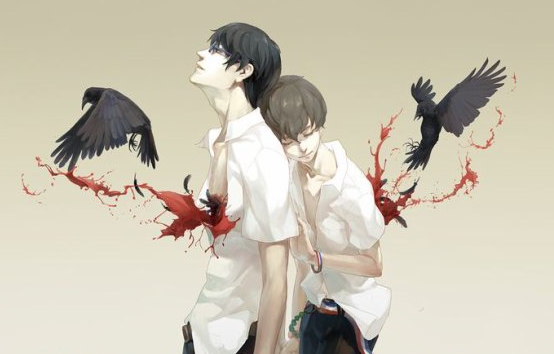 In an alternate timeline Tokyo, two youths – Arata Kokonoe and Hisami Toji – release a video on social media declaring they will bring the city to a standstill. Calling themselves Sphinx and disguising their identities, they give no explanation for their statement other than that it is time to “wake up” the city and the nation. Subsequently, they carry out an expertly planned and sequenced terrorist attack that causes widespread devastation without the loss of a single life. They also take captive Lisa Mishima, a frightened schoolgirl bullied by her classmates and dominated by her possessive mother, whom they turn into their unwilling accomplice. Meanwhile, unconventional detective Kenjiro Shibazaki becomes increasingly involved in the investigation, and eventually realises that the attack carried out by Sphinx is related to the theft of plutonium at a nuclear storage facility six months previously – raising the prospect of even more devastating terrorist events in the future.

Created and directed by anime legend Shinichiro Watanabe, and originally aired in Japan in 2014, “Terror in Resonance” is a taut, intelligent psychological thriller in which the apparent omnipotence of the youthful terrorists disguises both their terrible vulnerability and their capacity to be changed by unlikely encounters and relationships. As the main story unfolds through a series of cryptic clues and frantic searches, the audience is also gradually exposed to a shocking backstory of abuse and corruption – one that, while it never excuses the actions of the two boys, reminds us forcefully that evil never exists in a vacuum, and is often a reaction to the evil that is committed by the powers of “respectability” and “justice”. More than just a “crime show”, “Terror in Resonance” is an examination of the murky depths that often lurk beneath the façade of “normality”, and of the convenient silences and self-serving dishonesties of which we are all guilty.