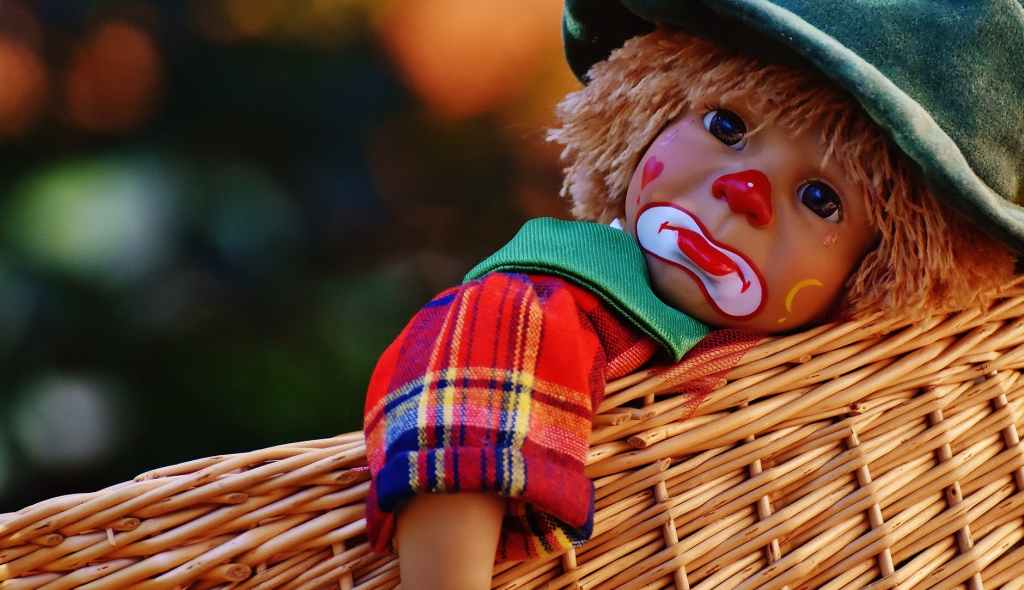 Karandi recently posted a lovely piece about why sweet anime may be the very thing for our disrupted and distracted times, what with lockdowns, isolation, and the ever-lurking presence of COVID and what it may or may not mean for the future. Because, let’s face it: the world has been a pretty grim place for an awful lot of people over the last two years; and even for introverts like myself, who haven’t been that bothered by extended periods of being shutdown and shut in, things have more than once gotten a little wearing. It feels at times like we’ve been on hold forever, and a little lightening of the mood has been more than welcome on occasion.

So reading Karandi’s post (and if you haven’t read it, do yourself a favour and check it out) got me thinking: what are the sweet and gentle anime that have helped lift my mood and spirits over the years? Even if I saw them pre-COVID, re-watching them now might just help me see things in a more positive light, or lift the pall of gloom that sometimes descends when I feel the world (and its woes) getting on top of me.

It’s a question that’s of more than academic interest. Because I normally like my anime a bit on the gritty side, with plenty of noir realism, moral and existential ambiguity, and political and philosophical heft. So posting about anime that are none of these things, whilst not exactly out of my comfort zone in terms of some of the stuff I’ve watched and reviewed, is also not in first place on my list of viewing preferences. So it should be interesting to see whether or not my list accords with yours, or partially, or not at all.

Just by way of housekeeping: I realise this is a crowded field, so I have restricted my list to series/features I have actually watched and reviewed. There’s also an “honourable mentions” list because, as we all know, “best of” or “recommended” lists are always arbitrary and subject to change – and, dammit, you just can’t include everything afterall. Also, the order in which my selections appear are not a ranking, just a listing.

This is a series I suspect flew under the radar for a lot of people; certainly, I discovered it on the Amazon Prime streaming service entirely by accident, without being previously aware of its existence. After The Rain tells the story of 17-year-old Akira Tachibana, whose budding career as a star track athlete is cut short by a debilitating injury. Feeling alienated from the world, she takes a part-time job with a roadside diner after the diner’s middle-aged manager, Masume Kondo, favours her with a small act of kindness. Over time, Akira realises two things about Kondo: firstly, that the other staff despise him as a weakling unable to face up to the challenges and demands of life; and, unbeknown to the others, that he harbours long-unrealised ambitions to be a novelist. As Akira begins to develop romantic feelings for Masume and tries to pursue a relationship with him, what eventuates is an unlikely friendship through which Akira learns to re-open herself to the world and her former friends, while Masume develops the confidence to pursue his literary dreams. Gently paced and just as gently compassionate for the confusions and hurts of youth and middle-age, After The Rain is feel-good viewing par excellence.

A recent offering by animation studios Sublimation and Signal.MD, Words Bubble Up Like Soda Pop is a classic story of apparent opposites who actually have more in common than they realise. Yui Sakura is shy and introverted and posts his haiku on social media despite the fact that his work passes almost entirely unread by others. Yuki is gregarious and outgoing, the host of a popular online vlog through which she undertakes her search for “cuteness”; acutely self-conscious about the overbite that requires her to wear braces, she always wears a mask – a habit her viewers mistakenly think is a gimmick designed to increase her appeal by disguising her identity. Through a chance encounter that ultimately leads to a shared search through the past, they get to know one another and realise all the affinities they share despite their very different personalities. Quietly paced and gentle in its disclosures, Words Bubble Up Like Soda Pop leaves a heart-warming residue of gladness that makes it breezy Summer viewing for any time of the year.

The field of teenage romance is a truly crowded one, and whether they go by the label “slice-of-life” or “comedy” or some other designation, both the narrative structure and the character tropes of the my-high-school-love-story are immediately recognisable. Tsuki ga Kirei falls comfortably within the bounds of this genre, but also manages to work the trick of not devolving sweetness and feel-good affect into syrupy melodramatics. Kotaro Azumi and Akane Mizumi are teenagers living on the outskirts of Greater Tokyo. Through unforeseen circumstances, they begin to develop a relationship via an online communications platform that allows them to overcome their respective awkwardness and anxiety. But just as they begin to draw closer to one another and reveal to each other the hidden aspects of their lives, they have to deal with two complications: the fact that just as they are attracted to each other, so others are attracted to them; and that events taking place in the world of the adults around them could end their relationship before it gets off the ground. Thoughtful and intelligent, Tsuki ga Kirei is an exploration of the complexities and vulnerabilities of adolescence that will definitely leave you the gladder for having seen it.

Appearing on our screens just as the Omicron variant of COVID-19 was making its presence felt and dashing our hopes that, having seen off the Delta variant, we were back on the road to some kind of “normality”, Taisho Otome Fairy Tale was the dose of sweetness many folks needed to counter Omicron’s demoralising impact. Sure, the historical-cultural context of this series, and the consequences for characterisation which it imposes, may mean Taisho Otome Fairy Tale will be hugely problematic for some viewers; but if you can get past that, it is, in essence, the oft-times moving tale of how a broken and rather self-involved person is brought out of their destructive introspection by the stubborn – and even relentless – optimism of someone who, in many respects, is a lesser person but a greater human being. As this series reaches its denouement through the horrifying events of the Great Kanto Earthquake of 1923, the emotional pitch steepens dramatically – without reaching for cheap theatrics or unambiguous happily-ever-afters. Simply told and neatly realised, Taisho Otome Fairy Tale touches on potentially deep issues with a light hand that leaves us with a smile and a sense of hope for the future.

5. Our Love Has Always Been 10 Centimetres Apart

Miou Aida, a talented artist, is shy and introverted; outgoing and gregarious, Haruki Serizawa dreams of being a movie director. From their first day at high school, Miou and Haruki are drawn to one another; and yet, despite developing a deep emotional bond with, and trust in, one another, the two somehow never find the time and means to honestly disclose their feelings. Which, by their graduating year, is a real problem: in part because of a discovery Miou makes about a traumatic event in her past that is connected to Haruki’s beloved late brother, Aki; but also because Haruki himself has won a scholarship to a prestigious film school in America. Within the orbit of these competing tensions, Miou and Haruki have to decide whether the future they wanted – and wanted together – is actually what either desires anymore. Based on a song cycle by the Vocaloid band HoneyWorks, Our Love Was Always 10 Centimetres Apart manages – aside from the syrupy opening and closing themes – to avoid the trap of destroying sweetness under a tidal wave of schmaltz and, in the space of only six twenty-five minute episodes, effectively tells Miou and Haruki’s story through gently sympathetic humour and understated atmospherics. Undemanding and yet oddly engaging, Our Love Was Always 10 Centimetres Apart can be easily consumed in a single sitting for a mood-mellowing to-hell-with-COVID binge.

6. Honourable Mentions (in no particular order)

Say “I Love You”
Komi Can’t Communicate
From Up On Poppy Hill
Love, Chunibyo and Other Delusions
Summer Wars
Uzaki-chan Wants To Hang Out
Kakushigoto
Fireworks
Hyouka
The Great Passage
Wotakoi: Love Is Hard For Otaku